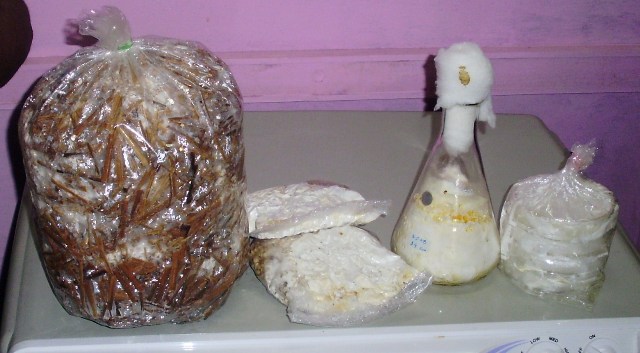 In 2007 the Jianderfonds financed a project for growing oyster mushrooms. The project mainly consists of setting up of a laboratory where the spawn (fungi) for growing the oyster mushroom is developed using a special simplified technique.

Here's the simplified explanation:
The track, after being multiplied in the refrigerator, is spread over several bags of grain. This grain multiplies the fungi once again. After two weeks when the spawn are fully developed for the transplantation, these bags are given free of charge to residents participating in this project. The trained women then use sterilized straw packets as a medium and keep the packets in the dark for 16 days. Then the packet is opened and saturated 3 times a day. The mushrooms slowly develop and after a week the first mushrooms can be harvested.

The number of people that grow oyster mushrooms is growing in the villages. Maybe in the future the dried mushrooms can be sold to richer people and hotels. 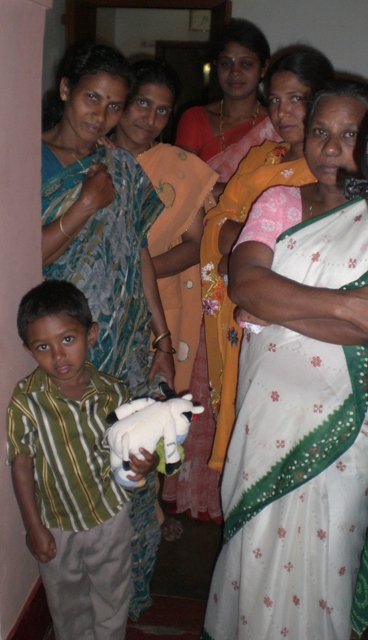 A new hospital is build in Indore. The first patients started to come in november 2016. There...

In Erivaprum, Jianderfonds supports a shelter for women who are mostly mentally disabled. About...

Our visit to India and Sri Lanka almost every year, brings us to close contact with the conditions...