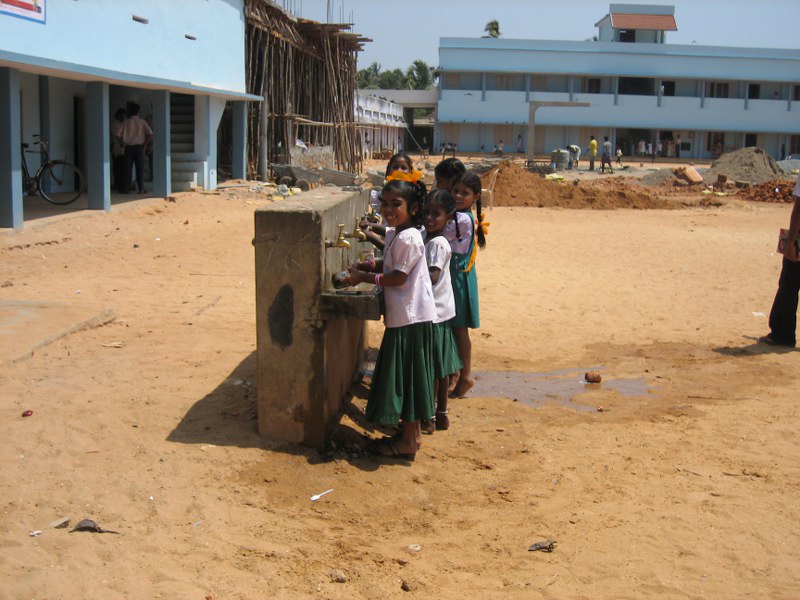 When the tsunami hit the southern part of India (Kerala and Tamil Nadu), the local people suddenly had a major problem. The wave flooded the villages. The inhabitants lost their homes and many fishermen lost their boats, and thus the means of earning their livelihood.

The Jianderfonds supported the village by assisting to build some of the houses destroyed in tsunami and sponsoring the training (retraining) for "empty boat" fishermen. Many fishermen were unemployed and thus had to be re-trained since the tsunami had driven the fish further out to sea, where they are caught by large trawlers.

In Erivaprum, Jianderfonds supports a shelter for women who are mostly mentally disabled. About...

Our visit to India and Sri Lanka almost every year, brings us to close contact with the conditions...

A new hospital is build in Indore. The first patients started to come in november 2016. There...